I’m about to BARE MY SOUL to the internet. Well, the soul of my teenage self. Get ready!

LiveJournal, you may remember, was(/is - it does still exist) was a blogging site before we really knew what blogging was. It was both a place to put diary entries and those quizzes that got passed around in the day. It was also used for FanFic and community gathering. I did NOT use my (main) account for fan gathering. (Though I did write some excellent/terrible fanfics. Didn't everyone have a Lord of Rings self-insert character?)

I don't really remember when I started this idea, but I thought it would be fun to see just how emo I was in 2006. Let's go!

I downloaded all my past Live Journal entities to a folder on my desktop in the same CSV format, so that I could easily load them in for analysis. I am pleasantly surprised that Live Journal made it so easy to download my history like this! I did have to click the same button a ton of time - but I did get all my data.

The next step was to take every journal and separate out the individual words using ‘tidytext.’

Not included in this blog post, for privacy of my teenage friends, I also cleaned and changed names of my friends and locations to clean the data and protect their privacy. For example, instead of the name “Linda” you may see “nameofsister”.

I was (and continue to be) terrible at spelling words correctly and also terrible at checking what I’ve typed after the fact. I use ‘Hunspell’ here in an attempt to fix some of the most common issues. Does this spell check get everything? No! But alas, I am a terrible speller and we move on in life.

Step 2: Now we move on to analysis!

The data is clean, or at least as clean as it is going to get today.

I start with TF-IDF. The goal here is to see what I was talking about each year and how it may differ as I got older. As a reminder, I have changed the names of all my friends and family for privacy. That way you don’t know who “nameofbestfriend” is and why I stopped mentioning “nameofbestfriend” in 2006. (We had a bit of a falling out at the end of HS.) 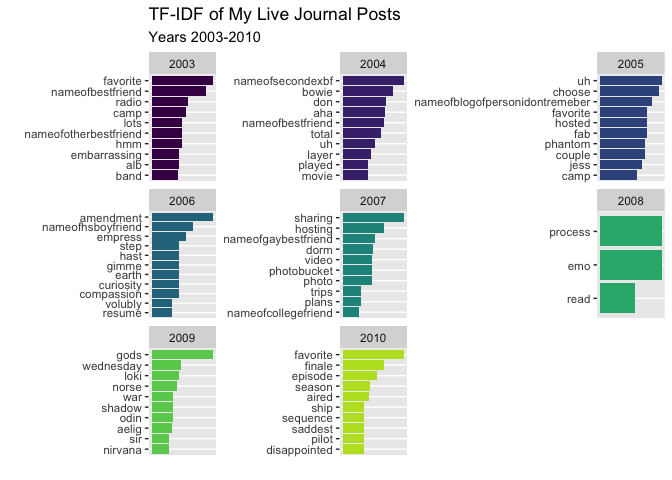 Look at 2009 - clearly my only entries were my Norse myth college class. I remember I put a few of my class papers on my Live Journal.

We can look at the differences between TF-IDF and a regular word count, while accounting for stop words. 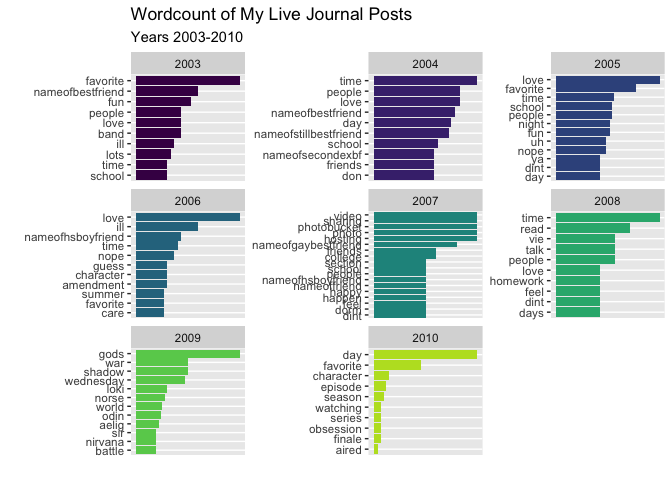 Next I look at sentiment. I remember using live journal to be super angsty. I assumed that I would largely see negative sentiment and words across the years.

Instead, it seems my words were largely more positive then negative. (Outside of 2009 - which is either largely from my anxiety attacks that year or Norse mythology is just super depressing.) Not as ansgty as I remember! 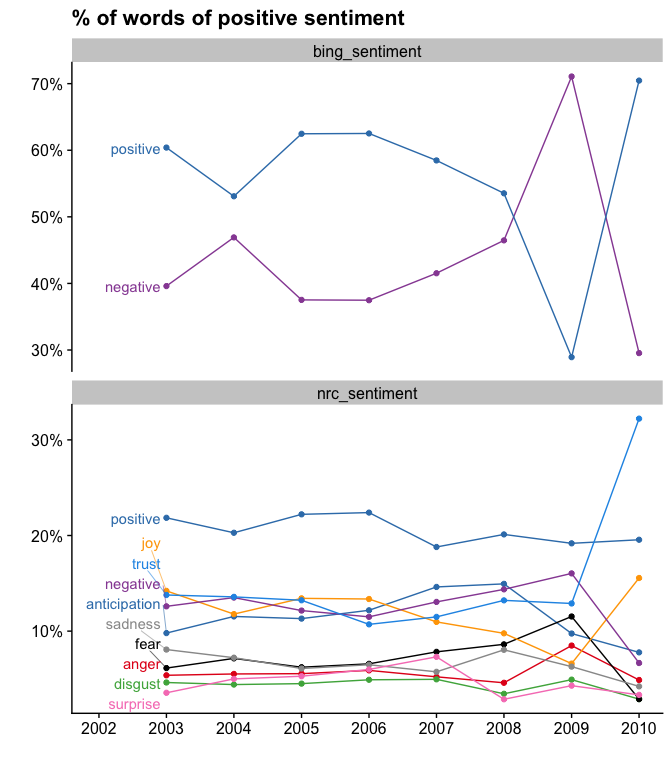 Ah, but did I mark my “current mood” / how are you feeling” part as positive as my words are? You be the judge. 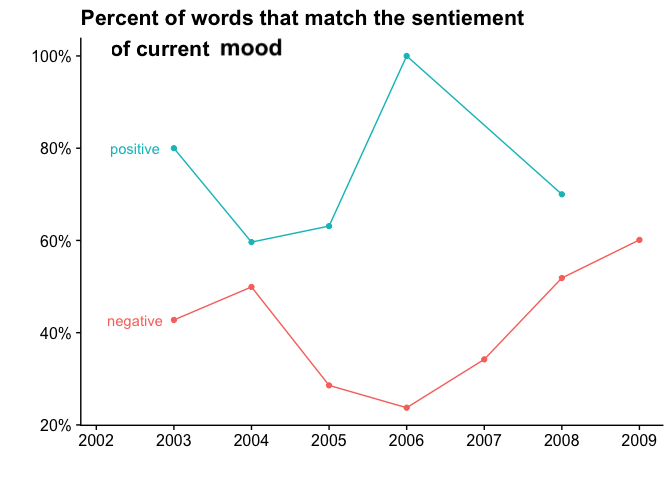 So there you have it. Was teenage Erin as emo as I thought? Maybe not! Or maybe I wrote all the most emo journals in my physical diary. The world will never know (because those diaries have been lost).